Celebrity Halloween costumes, with both money and fame, tend to get a lot of attraction year after year. Looking at this year’s celebrities that dressed up, I wanted to include some that are up and coming, that might not be in the spotlight yet, and costumes that were, in my opinion, the most original. Whether you celebrate Halloween, All Hallows Eve, Dia de Los Muertos, or All Souls Day, not only should we celebrate the creativity of costumes but also the individuals we have lost.

Nina Dobrev & Shaun White show how creative you can get with a couples-Halloween costume. This actress-skateboarder duo, like many others this year, dove into the Upsidedown and embraced their inner Stranger Things character. Dobrev as Vecna and White as Max, their personalities stand out and convince us that they are a perfect match. Last year, the couple interpreted The Queen’s Gambit into their Halloween costume. If you look on Dobrev’s Instagram, you see pictures of both ensembles, which acknowledge the creative freedom of Halloween and show how these two are always up for a challenge. 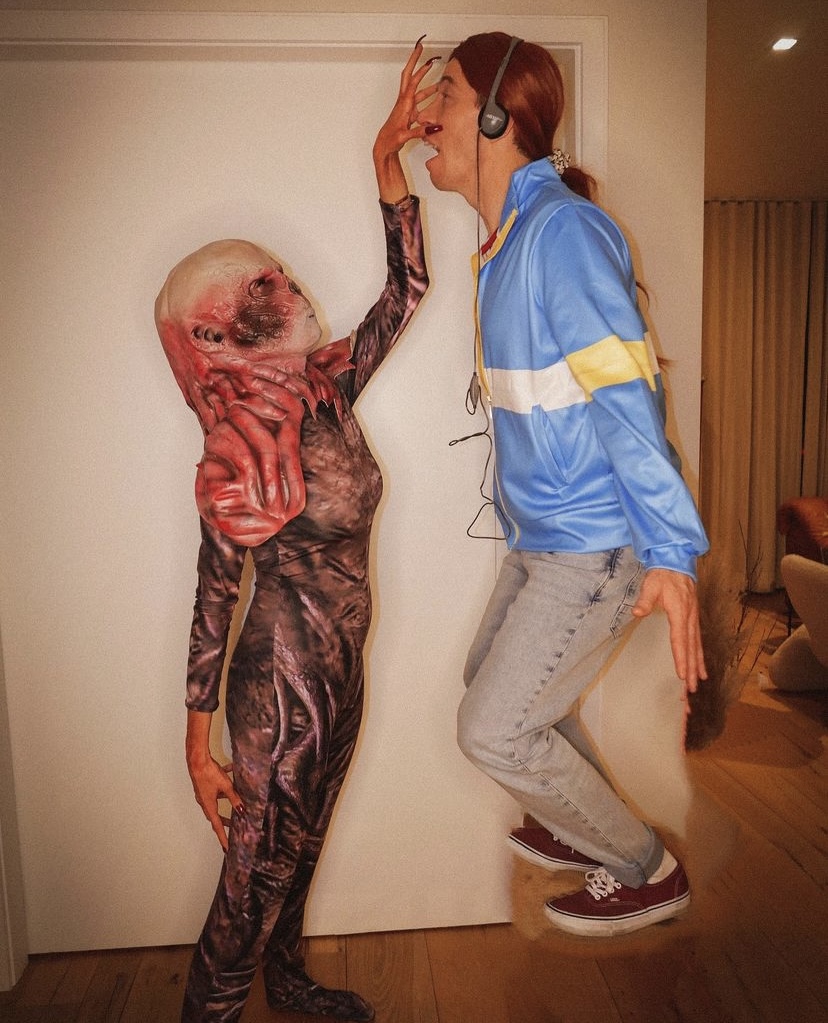 Like the couple above, Heidi Klum and Tom Kaulitz take Halloween to the next level with their worm and fisherman costumes. With a shout-out to Mike Marino, the costume designer for Klum’s worm, Heidi Halloween 2022 was clearly a success. If you are inclined to see more photos or a video of the complete costume design process, visit Instagram @heidiklum. This is apparently a representation of “Would you still love me if I was a worm,” a popular saying on TikTok, however, I have no clue how or why they decided to do this costume but it is definitely entertaining for the rest of us. 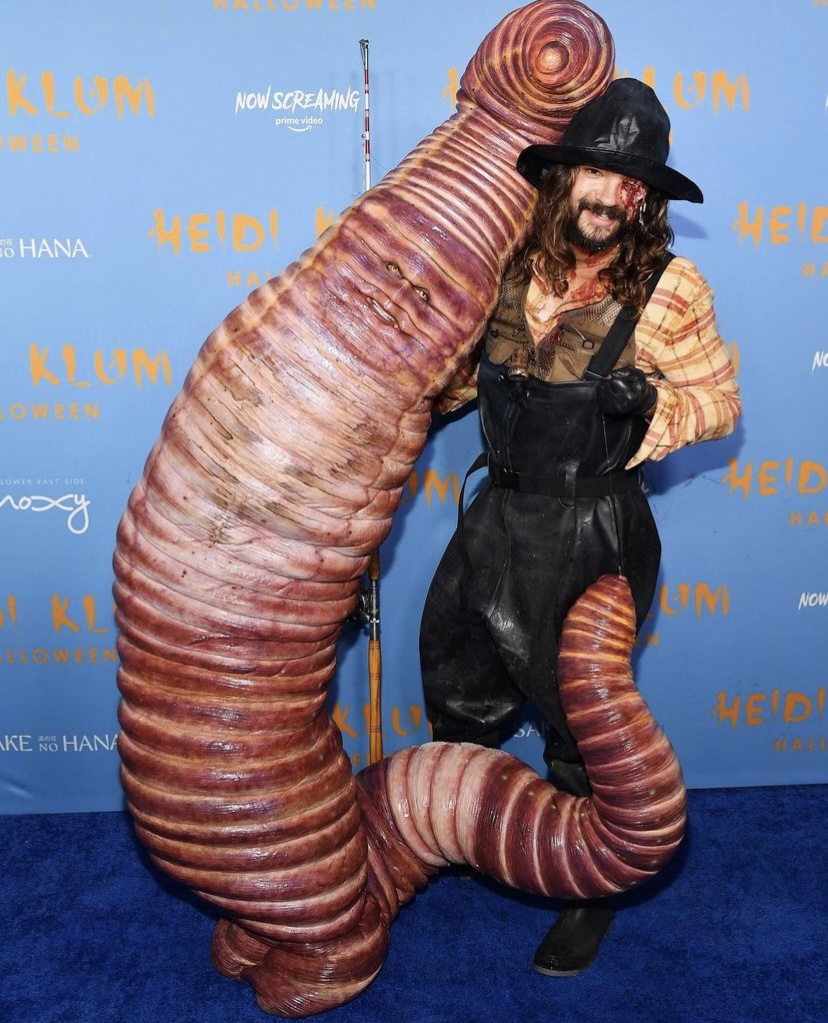 Janelle Monae went all out in a Diva Plavalaguna costume, from The Fifth Element for Halloween this year. The completely blue latex outfit, combined with the tentacles is a complete creative transformation that is definitely original. This singer and actress also dressed up as the White Rabbit, from Alice in Wonderland.  Both costumes are posted on Instagram @janellemonae, as well as her ideas from last year’s Halloween, which show her creative outlet. Halloween is truly an art for some and Monae is a celebrity that doesn’t fool around when it comes to original ideas. 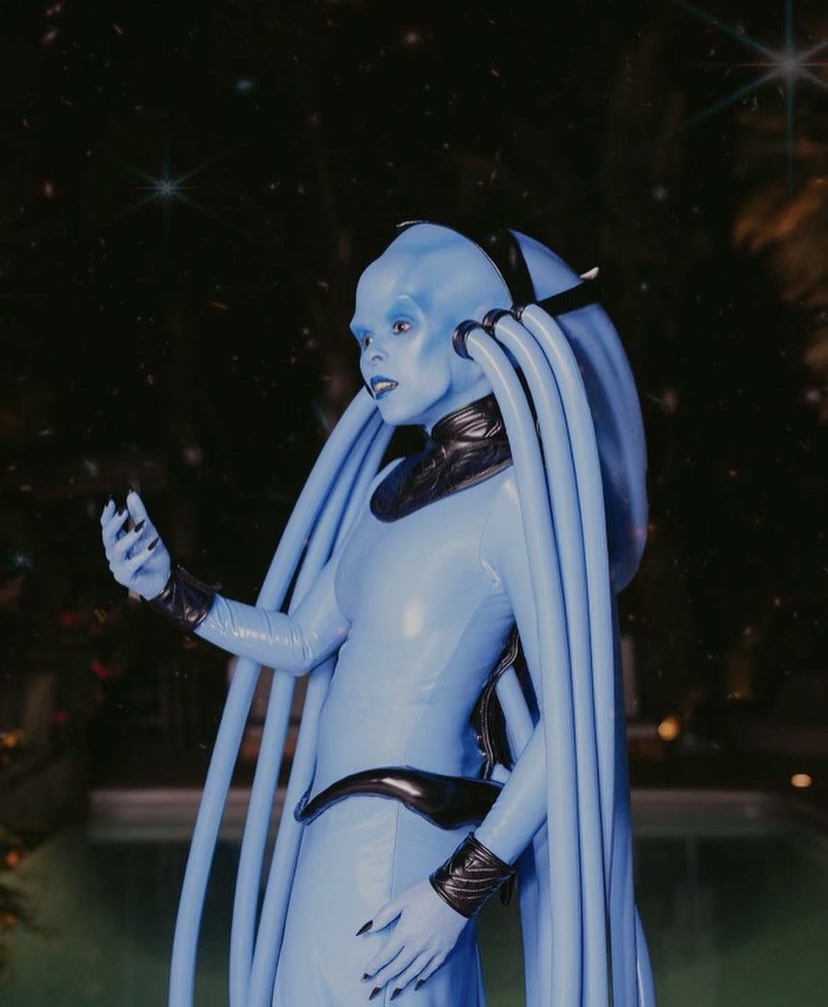 Lizzo always does everything all out, and that includes Halloween. This year, she was another celebrity that came up with two costumes. For one, she was Marge Simpson from The Simpsons. With bright yellow body paint and a wig as tall as herself, she didn’t get anything wrong with this infamous character. On Instagram @lizzobeeating, you can see her second costume which was Miss Piggy from The Muppets — another classic and infamous character that encapsulates Lizzo’s personality so well. 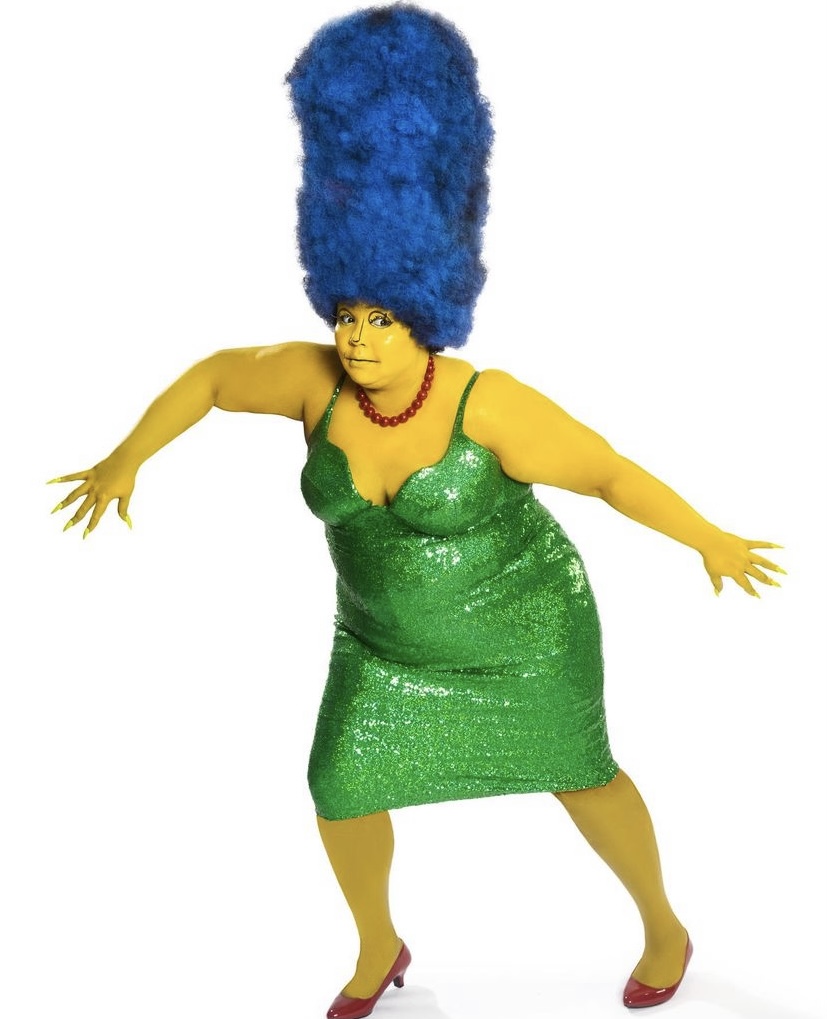 Halle Bailey blew everyone away with her full-blue body paint and outfit, representing Neytiri, a character in Avatar. This costume comes in advance of the December release of the new Avatar film. This up-and-coming actress, who will star as Ariel in a live rendition of The Little Mermaid, is known to have original pieces, as shown on her Instagram @hallebailey. These pieces complement her style and show her creative outlook. Halloween is again a holiday of expression that this celebrity is able to play around with, a day where we can all be different. 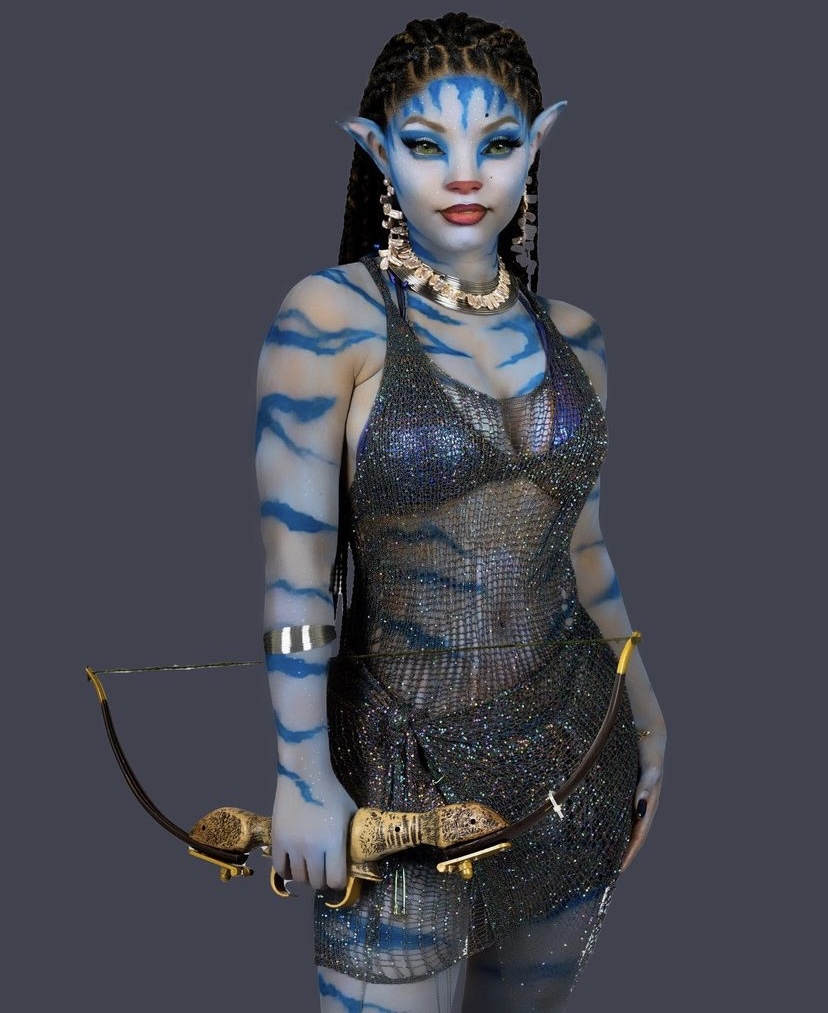